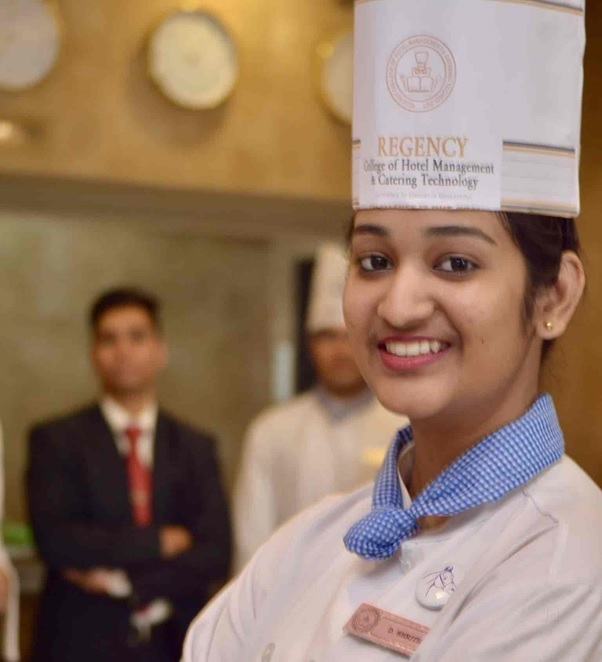 Hotel Management and women are not something you see very frequently, at least not until very recently. Quite ironic considering it is expected of the women of the house to be in the kitchen and serve the house and yet women are seen as incapable of working in an industrial kitchen because it is a “man’s job”. This societal taboo is the main reason women feel intimidated of this industry and shy away from it even though they possess the talent and the capabilities of being a top-notch chef. As someone who is very interested in everything culinary, I have watched many (probably thousands) interviews of world-class chefs and one thing remains the same in every interview—their inspiration. These chefs who are considered some of the best in their industry look up to the females of their house, that is, their mothers and grandmothers as their inspiration for making a career in the culinary industry.

Many women stepping out:

To hear that women still had to fight to prove their worth for choosing a career in an industry considered masculine by nature is disappointing, to say the least. But looking at how the world is changing with the times, people are fighting against this taboo and pursuing their dreams without any fear or intimidation. These days you see so many
women stepping out of their comfort zones and working long days in heat just as any man would, breaking all the norms and marking their place in this male-dominated industry, which is remarkable. But even with this progress, obstacles to the feminization of the profession remain. Hotel Management and Women, Working conditions are still judged too difficult for women, and gender discrimination during the hiring process persists. In simple words, women are not considered as the first choice based on two reasons- The work is considered too hard for women and can only be handled by men and the
work hours are marked as the second reason. Long, tiring hours, working in harsh temperatures is something people think cannot be done by women. In spite of these hurdles, women are moving forward and making their own way in the industry. Out of 75 new Michelin stars in 2019, 11 were female chefs. This amounts to 16 percent of awardees, which isn’t a lot but it is definitely a start. This goes to show that given the chance, women can compete with men shoulder-to-shoulder and can even surpass them with their talent. It’s only about time women take up just as much space in the culinary industry as men and become the Chefs they’ve inspired so many men to become.

Truly inspiring to see this change, and a lot more empowering to be a part of this change.