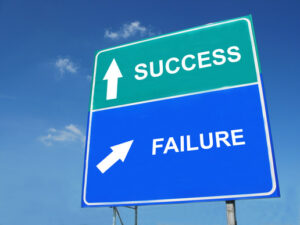 I Tanya come from Chhattisgarh pursuing my Bachelor’s Degree in Hotel Management one of the top Hotel Management Colleges in Hyderabad and 10th Best College nominated by the Week Magazine. Coming from so far I feel that I am little far ahead from my aspiration to have successful career ahead. Both may parents are working and it was very difficult for them to send me to Hyderabad for my studies, but they stood by my decision of joining this college. I always feels blessed to be amidst of teachers who support me in every situation.
There goes an old saying “To be a champion, fight one more round,” which is very true. Only tireless pursuit can create winners. Success comes to those who try and never tire. To be a winner, one has to learn to strive with perseverance, courage and determination. Success cannot be achieved in a day. The road to success is not an easy one. It is narrow, rough, patchy, long and full of hurdles and obstacles. One has to learn to overcome the hurdles and obstacles to achieve the desired goal. This is the experience I got as a student of first year in September’2091 while I was in the support team for my seniors to participate in Banarsidas Chandiwala Hospitality Ensemble. – a Nationwide competition held at New Delhi, there were 50 Colleges across India who participated in this event. My Seniors bagged the 6 first prizes and we have won the OVERALL CHAMIONSHIP yes, that was the moment I decided what ever be the result I am going to give my best.
It and only if I had thought that I was only a first year student and was unable to work for long hours, or may not be able to take up pressure and accepted defeat or a little failure which I felt, does not matter. In reality, the path to success is strewn with failures. With each failure one gets closer to success and with each fall one rises higher. It may seem paradoxical and contradictory to talk of failures and falls along with success and rising higher. But it is the very truth. Each failure brings one closer to success because within each failure is hidden a lesson on success.
Look at the first step of a child. He takes a step forward but then on the second one he falls and stumbles. But that does not mean that the child will never learn to walk just because he stumbled at the onset. Rather his stumbling ensures that soon he will learn not only to walk but run around also. Look at a bird in the sky, how it flutters, flutters and fails. Its wings quiver as it makes its first attempts to fly. It tries and fails. But it does not give up. And at last with one more try, it spreads its wings and off it goes into that infinite azure blue sky that seems to be applauding its little yet significant efforts.
The story of the ant trying to climb a wall is often told. It crawls a few inches and falls. But tries again. In fact, the ant goes on trying infinitely, trying to reach the top of the wall. The onlooker gets bored, tired and loses heart. But the ant does not. It keeps on trying till it reaches the top and this is the spirit all youngsters like us must inculcate.

This is in what I always believe in, when I experience an obstacle I never take it as a failure rather I take it as a hurdle to achieve success, it’s an learning which helped me found, new ideas and techniques to deal with a particular situation or re solve a problem…so failure is not the end its just the new starting with some experience….
For me success is working towards my goal and by having confidence, self reliance in overcoming all the obstacles and making my parents proud….maybe for you success is reaching a set goal…to make that happen hackwork is important….and one need to give his/her 100%..No matter…failures come your way…and if it happens…..just cope up with it and make it as a step or stair for success. 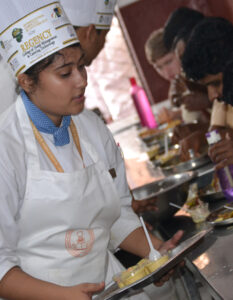