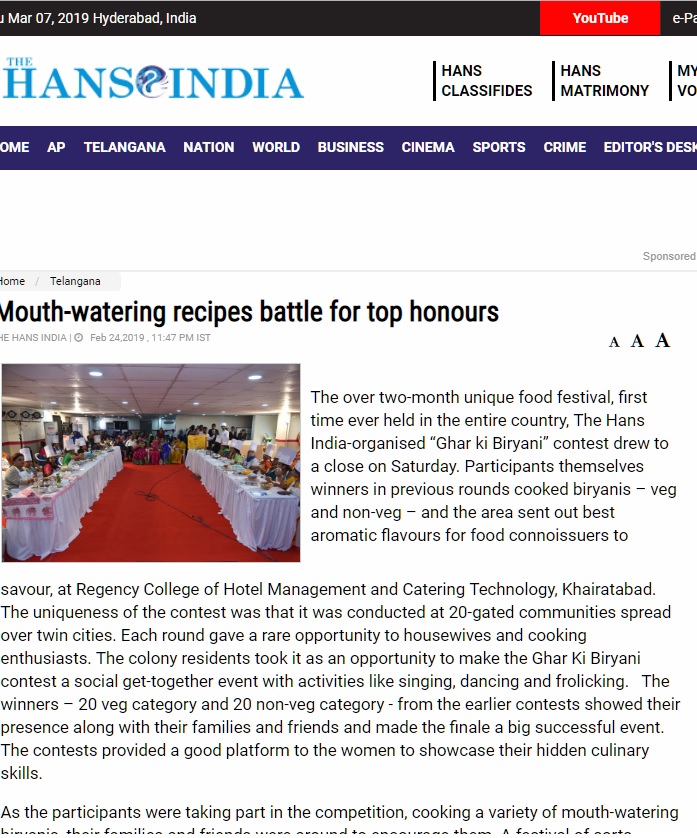 The over two-month unique food festival, first time
ever held in the entire country, The Hans India-organised “Ghar ki Biryani” contest drew to a close on Saturday. Participants themselves
winners in previous rounds cooked biryanis – veg and non-veg – and the area sent out best aromatic flavours for food connoissuers to savour,
at Regency College of Hotel Management and Catering Technology, Khairatabad.
The uniqueness of the contest was that it was conducted at 20-gated communities spread over twin cities. Each round gave a rare opportunity
to housewives and cooking enthusiasts. The colony residents took it as an opportunity to make the Ghar Ki Biryani contest a social
get-together event with activities like singing, dancing and frolicking.   The winners – 20 veg category and 20 non-veg category –
from the earlier contests showed their presence along with their families and friends and made the finale a big successful event.
The contests provided a good platform to the women to showcase their hidden culinary skills.