Bathukamma: Festive fervor at Regency
28 years old Regency College of Culinary Arts &Hotel Management welcomed festive seasons with a lot of enthusiasm and zeal in college campus located at on the rocks of Hill Top Colony. Such occasions bring the love, togetherness and liveliness. At Regency Bathukamma Festival (Festival of flowers) was celebrated by lady Team Regency and girls. It is symbolic of the beauty and eternal glory of Goddess Gauri -the ultimate patron of womanhood.
Culture and Traditions in India: 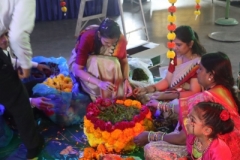 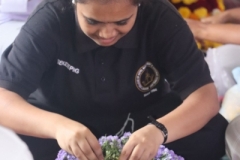 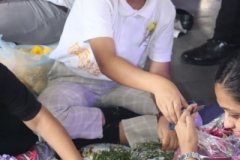 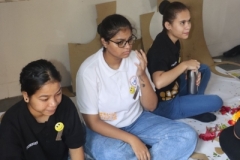 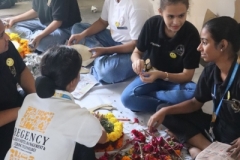 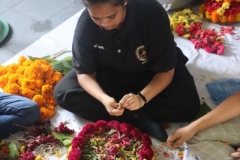 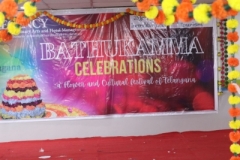 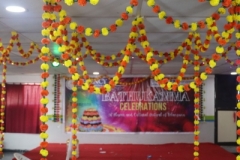 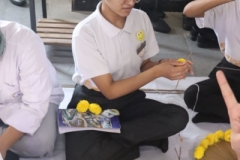 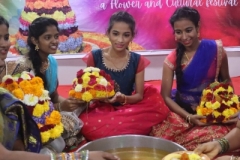 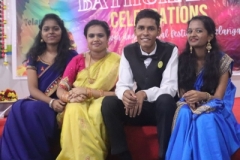 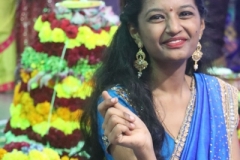 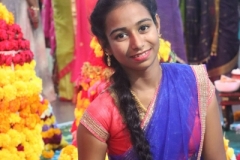 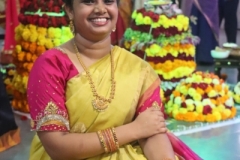 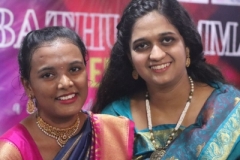 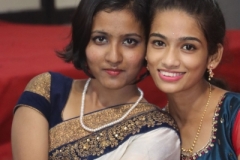 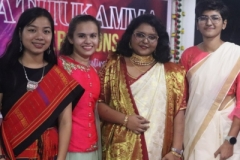 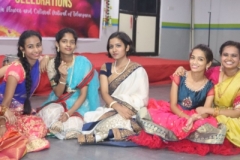 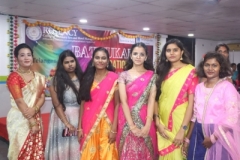 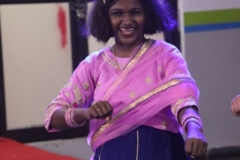 India has a rich culture and that has become our identity. Be it in religion, art, intellectual achievements, or performing arts, it has made us a colorful, rich, and diverse nation. Today, India stands as a powerful and multi-cultured society as it has absorbed many cultures and moved on. To make the students aware of the authenticity of culture, tradition and f

ood regents celebrated Bathukamma at regency camouflaging the initiative announced by the Honble Chief Minister K Chandhra Shekar Rao. Since the formation of the 29th state that the festival needs to be celebrated in a befitting manner in educational institutions. This year Regents were overwhelmed to be a part of celebrations.

Arty – Farty of the Day:
Regency campus was extraordinarily decorated with Mari gold (Banthipulu).The ‘Bathukamma ‘or the flower arrangement was made by the team regency and the students. It is a conical arrangement of flowers that are placed in seven concentric rings in a clay pot. The top of the arrangement was decorated with a pumpkin flower and a lump of turmeric. The festival kicks off on a grand note. Thereafter these cones are set afloat in the river after worshipping Goddess Gauri with flowers and sweets.
Festive Attires: It is the festival for feminine felicitation. The lady faculty wore pattu saris and adorned themselves with gold jewellery. Young girls dressed in the traditional ‘Langa Oni’/ half sareein order to bring out the traditional grace of the attire.
The real kick of Batukamma:
Team regency and the students danced around Batukamma with synchronising claps and steps while singing folks from the past. The college campus was vibrant and colorful with batukamma festival. Special Bathukamma songs are sung during the celebration. The entire celebrations was wonder fully presented by the lady faculty and students of Team Regency
A special dessert called maleeda made up of jaggery was made for this festival and distributed among team regency. Regency conducted competition for the girls in the best Bathukamma and the best attire.
30 budding hoteliers participated in the competi

tion in making Bathukamma. They were looked amazing and colorful Bathukamma.
Winners of best Bathukamma
1. M. CHAITRA SAI (BHMCT/2 YR)
2. Ms. SAYANTONI (BCTCA/ 1 YR)
Winners of the best attire
1. Ms. SARASWATHI BISWAKARMA (BHMCT/ 1 YR)
2. M. CHAITRA SAI (BHMCT/2 YR)
Event‘s Chief guest A. Vineeetha Kumar, President of Ikebana International Hyderabad witnessed the event appreciated the students and faculty who at one roof brought the entire picturesque live celebrations of Bathukamma.
Principal Mr. Ramesh Kumar Reddy said that these kinds of festival celebrations are encouraged to bring passion of creativity, team building spirit, learning and honing hospitality awareness &traits, which are necessary for the all the students especially first years and creates awareness about Bangaru Telangana culture and how we celebrate this festival of flowers Bathukamma. He also urged to protect mother earth as a part of Tourism Day.
The College has emerged out to be best since two decades which has made many young boys and girls to emerge out as aspiring Hotel and Retail professionals. The College provides 100% placement opportunities both India and Abroad to aspiring undergraduates who want to pursue Hotel Management Course.